Racism has no place in our society 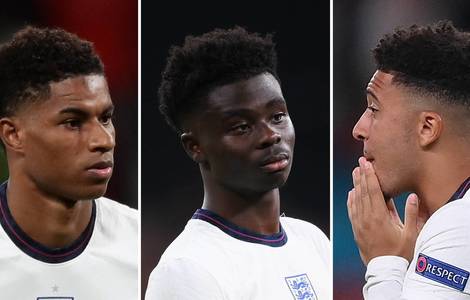 Like millions of other people across the country, it was with a mix of anticipation, excitement and pride that I watched England’s young lions take to the pitch in the final of the European Championship on Sunday night.

With, it seemed, the whole country behind them, Gareth Southgate’s side played hard and fought bravely in an effort to bring football home. In the end it was not to be, despite taking an early lead and a nail-biting performance.

It was desperately disappointing not to win the match but some of the behaviour on the pitch and the torrent of racist abuse that followed, singling out as it did three young Black players, Marcus Rashford, Bukayo Saka and Jordan Sancho, left me utterly appalled and concerned for the safety, mental health and wellbeing of the players and the wider Black community.

With an average age of just 21, each of these three team members courageously stepped up to take a penalty with the full weight of a nation’s expectations on their shoulders. To then vilify that bravery in such a sickening way, is nothing short of abhorrent.

These three young men, like the rest of the team, did the best for their country and were quite rightly proud to represent England on an international stage. They have reached the pinnacle of their sport and are role models to many, motivating others to follow their dreams. Given the racist abuse they have received in the aftermath of the game, who would blame those who look up to them to question whether it is worth following your dreams if this is the price you pay.

We stand in solidarity with Marcus Rashford, Bukayo Saka, Jadon Sancho and everyone who has been affected by racist abuse following Sunday’s match. Racism has no place in any society. We must not let such behaviour damage our heroes, our young people and our communities.

The aftermath of Sunday night’s game is a sad and timely reminder of the need to continue the fight against racism. At Octavia, we will continue to strive to be an anti-racist organisation, speaking out against racism and delivering on our published race equality commitments.